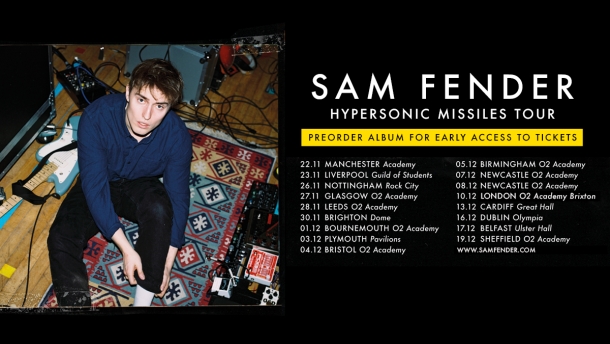 Sam Fender comes to Bristol's O2 Academy as part of his biggest tour to date.

Sam will play a string of festivals across the UK and Europe throughout the Summer including Glastonbury, TRNSMT, a huge outdoor headline show at Tynemouth Castle, and performances in both Victoria Park (All Points East) and Hyde Park (Bob Dylan + Neil Young). All announced dates are listed below including his first shows in Japan.

The debut album, Hypersonic Missiles, is released on the 9th August via Polydor Records.