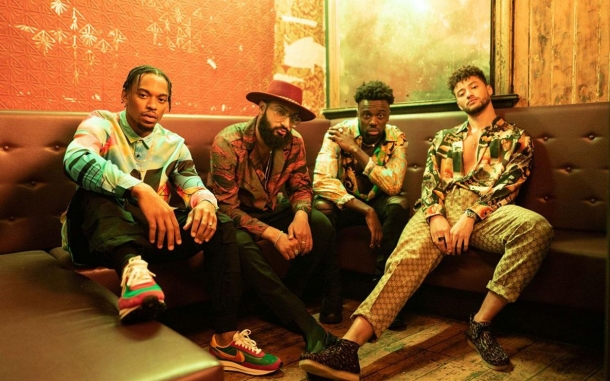 Rak-Su are stepping things up after a sold-out tour and the release of their highly-anticipated EP, Rome, by taking their signature pop sound to even bigger stages.

Having scored a slot supporting Olly Murs and a stint on I'm A Celebrity... Get Me Out Of Here! for band member, Myles Stephenson, things are only going to get bigger and better for the four-piece.

The English R&B group were formed in Watford and won the fourteenth series of X Factor in 2017. The boys made history as the first X Factor competitors to win the show with their own song, 'Dimelo', which entered the UK Singles Chart at number two.

Their latest single ‘Rotate (Clockwise)’ is out now with the music video on YouTube. A fusion of afrobeats and R&B, the song captures the signature, soulful sound the four-piece love to give us.

Rak-Su are performing live at the O2 Academy Bristol on Wednesday 15 September.

Tickets are on sal now. Don't miss out, book yours here.