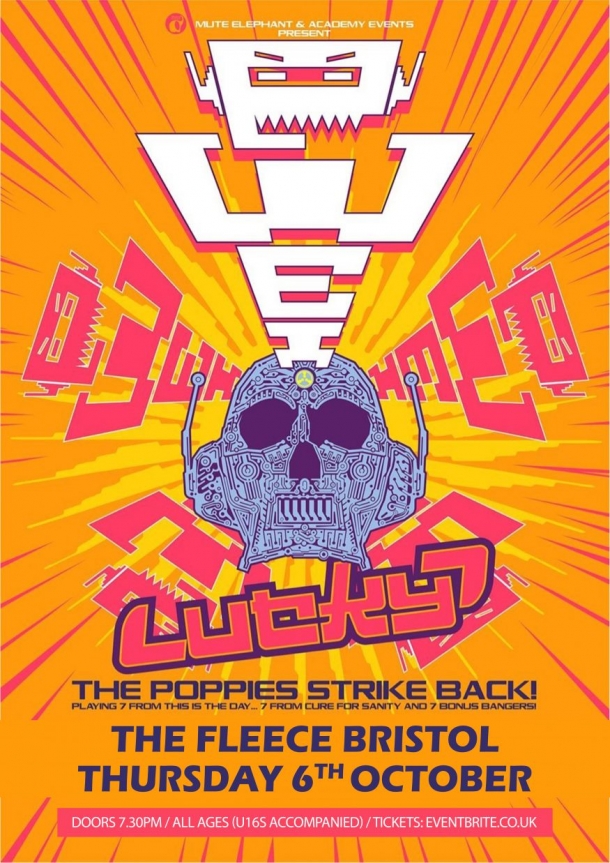 Pop Will Eat Itself At The Fleece

Pop Will Eat Itself At The Fleece - October 6th

Taking their name from an NME feature on the group Jamie Wednesday (later known as Carter the Unstoppable Sex Machine), the archetypal grebo band Pop Will Eat Itself formed in Stourbridge, England in 1986. Comprised of vocalist/guitarist Clint Mansell, keyboardist Adam Mole, drummer Graham Crabb, and bassist Richard March, PWEI began their existence as a Buzzcocks-influenced indie guitar band, and issued their self-produced debut EP, The Poppies Say Grrr, in 1986.

While recording their follow-up, Poppiecock, PWEI became immersed in sampling, drawing material from sources ranging from James Brown to Iggy Pop; soon Crabb emerged from behind his drum kit to join Mansell as co-frontman, and a drum machine was installed in his place. Honing a fusion of rock, pop, and rap that they dubbed “grebo,” the Poppies kick-started a small revolution; by the release of their 1987 full-length debut, Box Frenzy, and the hit “There Is No Love Between Us Anymore,” grebo — the name quickly given the entire subculture of similarly grimy and raunchy bands — was all the rage in the British music press.

In early 1993, the Poppies issued their biggest U.K. hit, “Get the Girl, Kill the Baddies”; ironically, later that same year the group was dropped by RCA. After signing to Infectious in Britain, they were picked up in the U.S. by Nothing, a label owned by longtime fan Trent Reznor; sporting a harder-edged, funk-metal sound, PWEI resurfaced in 1994 with Dos Dedos Mis Amigos. Prior to the release of a 1995 remix record, Two Fingers, My Friends, Crabb exited the group to focus on his side project, Golden Claw Musics. March later gained fame in the big beat act Bentley Rhythm Ace.