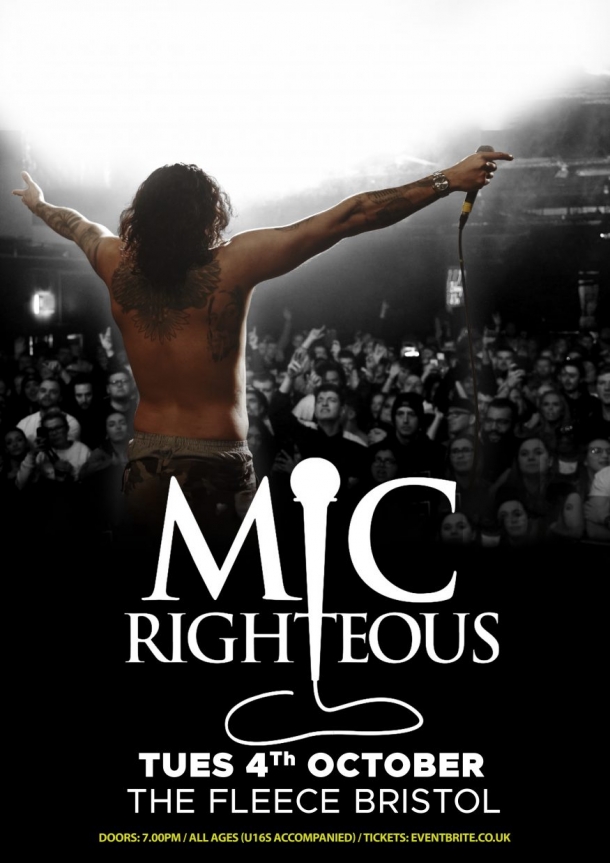 Mic Righteous At The Fleece

Mic Righteous is a British rapper prominently known for his angst-ridden social commentaries and his collaborations with household names such as Emeli Sandé and Ed Sheeran. Born Rocky Takalobighashi and raised in the seaside town of Margate, he had a tough upbringing; subjected to abuse and neglect from his parents, he eventually went to live with his brother, former light-middleweight boxer Mehrdud Takaloo. Dealing with pent-up anger and frustration, the future hip-hop star began to pen his own lyrics and started to record his own tracks at a recording studio near his brother’s house. This quickly led to a cohesive and feral collection of songs with the budding creative artist renaming himself Mic Righteous to represent his sound. He quickly experienced success, with his mixtapes receiving downloads in the thousands and his tracks becoming YouTube hits.