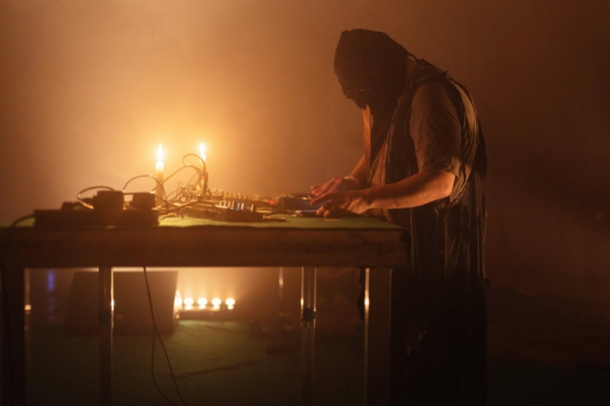 Damnatio Memoriae and BLG Promotions are enthusiastic to be having our compatriot industrial executioner Mai Mai Mai back at The Crofters Rights.

In his formative years, Toni Cutrone aka Mai Mai Mai travelled around Europe and the Near East with his parents, ending up in the south of Italy.
Throughout this period Cutrone assimilated the different cultures, atmospheres and sonorities of the places he was involuntarily taken to. The sensations and sounds he experienced during this time were intense enough to leave indelible traces on the music he has made since. Yet Cutrone’s longstanding and considerable experience in the Italian underground has inevitably played a significant role too.

The new LP by Mai Mai Mai, titled "Nel Sud", continues to explore Mediterranean history yet does so with a different sense of ambition. A journey into the past of the Italian south, realized through original footage taken from Italian ethno-documentaries made during the 1960s and 70s, Nel Sud is intended as an original soundtrack and is mixed with sounds from the original films.