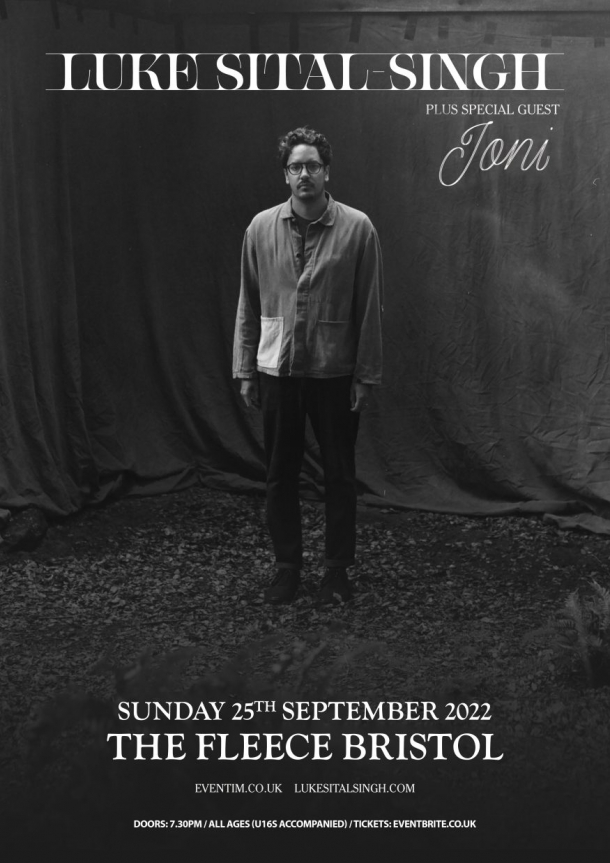 Luke Sital – Singh At The Fleece

He released a second EP in the spring of 2013 called Old Flint, which opened the door to several tours and key spots on the U.K. festival circuit, and eventually landed him a deal with British major Parlophone Records. Tornados, his third EP and first for Parlophone, found him again working with Iain Archer and was released in late 2013. The EP found Sital-Singh expanding his usually spare sound with the introduction of a full complement of backing musicians, bringing a newfound complexity to his music.

He then appeared on the BBC Sound of 2014 long list, and soon after confirmed the details of his debut album, The Fire Inside, which was due for release midway through that year. Two years later, Sital-Singh had split from his major-label and headed out to record what would be his sophomore album.

Heading to the remote Attica Audio in Donegal, Ireland with producer Tommy McLaughlin (Villagers), Sital-Singh stripped back everything, being joined by just a small backing band to help deliver the personal and reflective 2017 release Time Is a Riddle. The EP Just a Song Before I Go arrived the following year. Early 2019 saw the release of the wistful single “Love Is Hard Enough Without the Winter.”