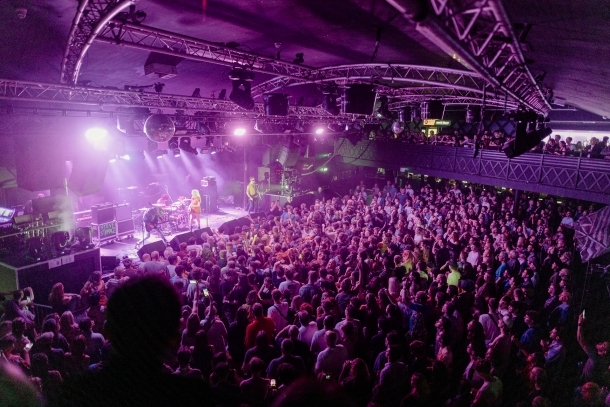 The annual intercity, multi-venue event returns with a stellar cast of names

Catch a range of homegrown talent and acts from further afield in some of the best-loved venues with a BS postcode this summer.

Organisers of Dot to Dot, an annual intercity music festival held in Bristol and Nottingham, have announced the first wave of names to join the bill for the 2022 edition.

Squid, Baby Queen and Ghetts head an exciting line-up, with a deluge of talent announced in tow and more yet to be revealed - all descending upon a selection of the city's most iconic venues on Saturday 28 May.

This year, Bristol-based five-piece Squid head the bill having appeared further down the line-up in previous editions, and with more names yet to be unveiled, there will certainly be more local talent taking to the stage.

Elsewhere, grime MC Ghetts and Brighton-based rap and production duo Frankie Stew and Harvey Gunn sit at the top of the bill, with Alfie Templeman and Baby Queen rounding out the headline slots.

Get Dot to Dot Tickets Here