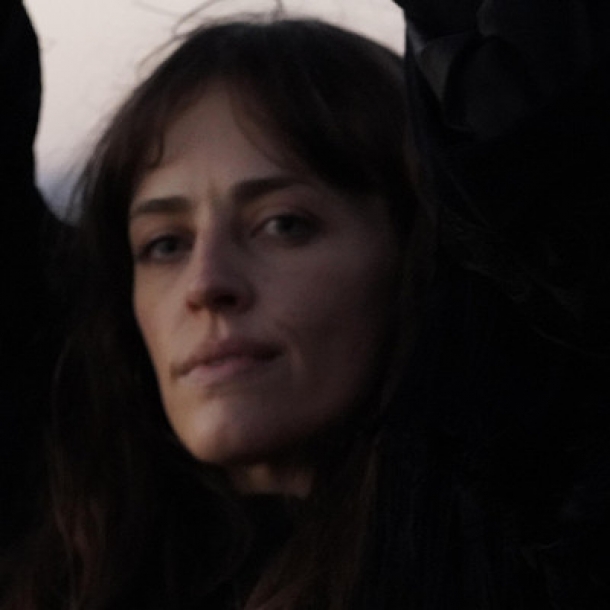 Heather Woods Broderick excels at distilling her experiences into a soulful melancholy that’s enduring both for it’s intimate relatable moments and its persistent sense of mystery. Her uncanny ear for evocative production and gorgeous vocal harmonies serves her well on her new album Glider. Throughout the album, the rich dreamlike atmospheres she creates hint at a darkness looming on the horizon, while the singularity of her ethereal voice always seems to linger long after the music has stopped.

As a talented multi-instrumentalist and vocalist, Heather has had the opportunity to record and tour with plenty of incredible artists including Horse Feathers, Efterklang, Sharon Van Etten, and Lisa Hannigan, which has kept her moving house and traveling around the world for much of the past decade. She currently lives on the coast of Oregon, but it’s easy to imagine how her peripatetic lifestyle might diminish her sense of a place to call home, while also strengthening her resilience, and her connection to the reassuring constants in her life. As she explains “Living in so many different places has made me able to feel pretty comfortable everywhere.” Her uncommon sense of ease and grace, despite her hectic life, stems in part from her deeply rooted and intertwined musical and familial background.

Music took root in Heather’s life before she was even born, when her parents, both musicians, met for the first time at one of her mom’s gigs, which her dad was attending. The two married and moved to Maine where Heather, second of three children, was born at home. When she was 8-years-old the family moved across the country to Oregon, and soon after moving, she asked if she could take piano lessons, a practice she would continue through high school and into college. In elementary school band she learned flute, and later picked up cello and guitar.

Though the songs on Glider aren’t explicitly about touring, her life on the road provides the backdrop and context for her songs that are often about relationships that naturally fade as two people grow apart. “I’ve realized that I really used the songs on Glider and the time I put into writing them as a way to pay some attention to things I’d been putting off, and to find some clarity around certain events,” says Heather. Building on what she learned from her first solo effort From the Ground (2009), the dynamic structures and emotional complexity of her new songs are evidence of how much she’s grown as a person and as a songwriter. More confident and self-assured than ever, songs like “Fall Hard” evolve from vulnerable bare piano and vocals to hypnotizing swells of vocals reminiscent of Grouper or Cocteau Twins’ Elizabeth Fraser. Her voice soars in stride with a wall of guitars on “Wyoming”, while “Mama Shelter” introduces a gentle groove as Heather conjures the sensuality of Stevie Nicks. The album closes with the heartbreaking “All for a Love”, ending with the refrain “I can see our love is dragging you down.” As dark as the sentiment can be, Heather always seems to be leaning into the light.

Combining alt-R&B, shoegaze and avant-rock, Emily is known for previous work with Skeleton Frames, Ema Sierra & Rink, and has recently begun releasing under her own name. Her debut single, Calibrate, came out early 2018. The debut EP, Distant Television Studios, was released on 19th July 2019.

Hailing from Russia and now living in London, Aiko produces dreamy tunes, with an energetic performance and a unique vibe. That is Aiko.

In August 2018 she released her debut EP, called "Aiko", with lyrics about solitude and love and an ambient vibe.

Aiko is an experienced performer, some of her highlights include festivals, such as Sziget, iBug, main stages of Praha Žije hudbou, Žižkovská noc, Good fest, Mattoni Koktejl festival or Sofar Sounds Budapest or Sofar Sounds Newcastle. She was an opening act for Black Honey or Tamino and played in significant venues in Prague, such as palác Akropolis.