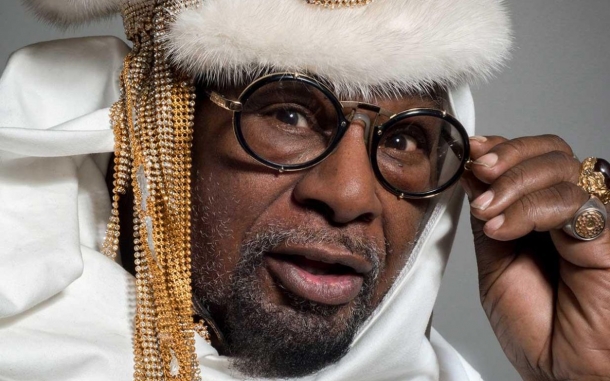 George Clinton live at the O2 Academy Bristol | Monday 24 May

After 50 years of funkin’ around the world, George Clinton and the Parliament Funkadelic will bid farewell to the UK with a series of goodbye live shows.

Clinton is regarded as one of the foremost innovators of funk music, and was inducted into the Rock and Roll Hall of Fame in 1997.

The artist was the mastermind of the bands Parliament and Funkadelic during the 1970s and early 1980s, and was a renowned solo funk artist as of 1981. In 1985 he was recruited by the Red Hot Chili Peppers to produce their album Freaky Styley.

George Clinton will be performing live at the O2 Academy Bristol on Monday 24 May.