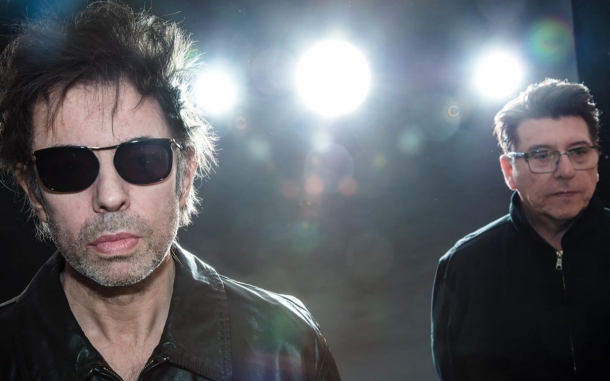 One of the most influential British bands in modern history, Echo & The Bunnymen will celebrate the songs that have brought them 20 Top 20 hits and nine Top 20 albums to date during their incredible 40-year career.

Echo and the Bunnymen are Ian McCulloch, vocals and Will Sergeant on guitar. They formed in Liverpool in 1978 with bassist Les Pattinson. Shortly afterwards they recruited Pete De Freitas and the rest they say is history.

The Bunnymen are still hugely revered in popular culture, their seminal albums Crocodiles, Heaven Up Here, Porcupine and Ocean Rain have been a major influence on so many artists, as well as their music appearing in a number of Netflix sensations, including 'Stranger Things,' ’13 Reasons Why’ and ‘Dead of Summer'.

Echo and the Bunnymen will be performing live at the O2 Academy Bristol on Sunday 20 February 2022. So you know, this show has been rescheduled from Wednesday 19 May 2021. If you’ve already got tickets, they’ll still be valid, so hang on to them; your ticket agent will be in touch to tell you more.