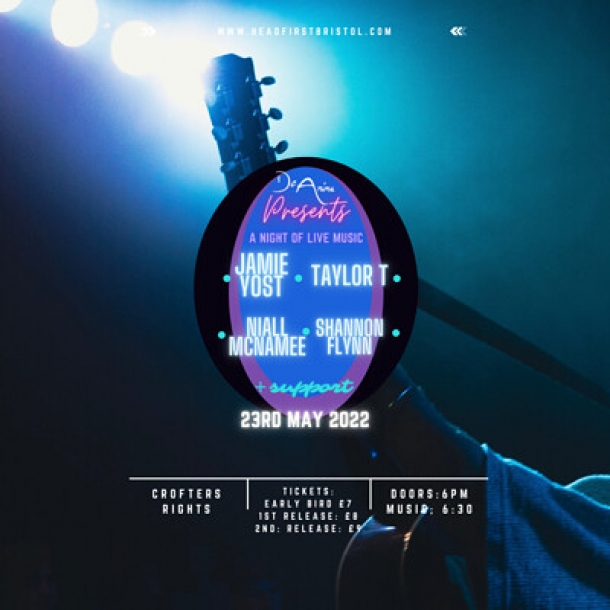 What a lineup we have here for number 9. 9 months since we first set the stage post-isolation and we pull no punches in delivering a STACKED night of performances from 5 artists.

Jamie Yost (jamieyostmusic)
'Music for your heart - Jamie is so mature in writing and singing that we might think he's been making music for decades.'
'Blending folk, alt-pop and soul Jamie Yost makes music designed to unlock the emotions and soothe the open wounds, so whatever ails you right now, get yourself some of this on prescription.'

Niall McNamee
Niall McNamee is an Irish singer-songwriter and actor, known for his
own passionate, thoughtful and full-blooded songs. He has starred
opposite Pierce Brosnan, fought with Jackie Chan, played comic foil to
Bono, and romantically duetted with Imelda May. Next up is a starring
role in feature film Love Without Walls, performing his own
compositions, as Niall's art and life come together.