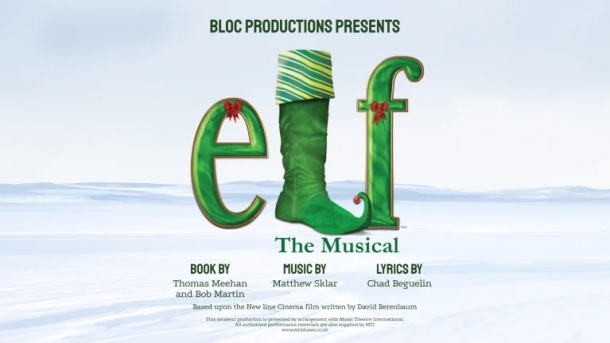 BLOC - Elf At The Bristol Hippodrome

Elf - The Musical is coming to The Bristol Hippodrome for the first time in an action-packed family show, featuring a large cast and a full-scale live orchestra.

Based on the iconic 2003 movie, Elf, written by David Brenebaum, this lively musical features songs by Tony Award nominees Matthew Sklar (The Wedding Singer) and Chad Beguelin (Disney's Aladdin on Broadway), with a book by Tony Award winners, Thomas Meehan (Annie, The Producers, Hairspray) and Bob Martin (The Drowsy Chaperone).

Buddy, a young orphan, mistakenly crawls into Santa's bag of gifts and is transported to the North Pole. The would-be elf is raised, unaware that he is actually a human until his enormous size and poor toy-making abilities cause him to face the truth. With Santa's permission, Buddy embarks on a journey to New York City to find his birth father and discover his true identity. Faced with the harsh realities that his father is on the naughty list and his half-brother doesn't even believe in Santa, Buddy is determined to win over his new family and help New York remember the true meaning of Christmas.

Elf – The Musical is presented by BLOC Productions, who have enviable reputation for spectacular award-winning shows at The Bristol Hippodrome. Their last show, Chitty Chitty Bang Bang, won the Rose Bowl for Best Musical.

This modern-day holiday classic is sure to make everyone embrace their inner elf and to spread some early Christmas Cheer by singing loud for all to hear!

This amateur production is presented by arrangement with Music Theatre International.