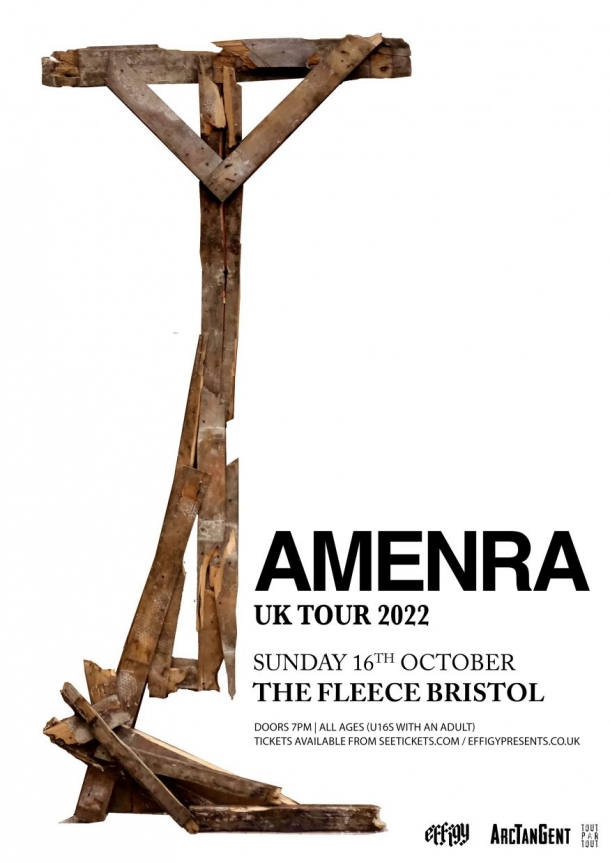 Amenra At The Fleece

Amenra At The Fleece - October 16th

A Belgian extreme metal band that’s as experimental and atmosphere-driven as it is impossibly heavy, Amenra emerged in the early 2000s with a versatile sound rooted in doom, sludge, post-metal, and hardcore punk. Debuting in 2003 with Mass I, the group continued to push at the boundaries of extreme metal with acclaimed efforts like Mass V (2012) and De Doorn (2021).

Amenra was formed in 1999 by vocalist Colin H. van Eeckhout and guitarist Mathieu Vandekerckhove. Employing a lethal and often heady blend of doom, post-, and avant-garde metal, the duo eventually expanded into a five-piece with the addition of drummer Bjorn Lebon, guitarist Lennart Bossu, and bassist Levy Seynaeve. Based out of the West Flanders city of Kortrijk, the group issued their debut album, Mass I, in 2003 — each Amenra full-length outing is thought of as a mass and is titled as such.

Two years later, they released Mass II and Mass III, and established the Church of Ra, a D.I.Y. collective of like-minded artists and friends with whom they would collaborate on various artistic endeavors and performances. Mass IV arrived in 2008, followed in 2012 by Mass V, and in 2017 by Mass VI, the latter two of which were issued on Neurot Recordings. Stepping away from the decades-long Mass journey, the band inked a deal with Relapse Records and released the transcendent De Doorn in 2021, which included guest vocals from Caro Tanghe of Oathbreaker.