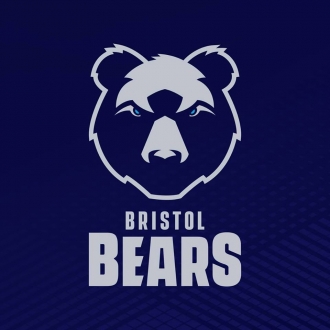 Rebranded as the Bristol Bears and playing at a refurbished Ashton Gate Stadium, the side endured an up-and-down first season back in the top flight, finishing ninth. The Bears are back in 2019/20, and Pat Lam's side will be looking to push on into the top half of the Gallagher Premiership table this time around.

Bristol's 2019/20 Premiership campaign kicks off with a trip to Harlequins on Friday 20th September. Find a full fixture list and get your tickets here.

The club was formed as Bristol Football Club in 1888 when rivals Carlton Club, Redland Park and Westbury Park merged to form a single club that would represent the whole city. The team played it's home fixtures at The County Cricket Ground in Ashley Down and started life by losing an away match in Cardiff.

Bristol began wearing it's famous navy blue and white hooped shirts in the 1891-92 season when it won twenty of the twenty-four matches played and the club saw it's first player capped by England in 1900 when J.W. Jarman was called-up to play against Wales.

The outbreak of The First World War stopped all rugby in England and the club was reformed as Bristol United in 1919 when many returning servicemen joined the team. For the first two years the club played it's home matches at Radnor Road in Horfield or at the grounds of Bristol Rovers and Bristol City football clubs before moving to the Memorial Ground in 1921. The club celebrated it's 50th anniversary in 1938 and a Bristol Supporters club continued to play matches throughout The Second World War.

The inspirational John Blake was awarded the club captaincy in 1957 and, under his guidance, Bristol introduced a running game and became renowned for it's bold attacking play. Floodlights were installed at The Memorial Stadium in 1963 and in1971-72 the club scored a thousand points under the captaincy of Tony Nicholls.

Bristol won it's first major honour the John Player Cup in 1983, beating Leicester and returned to the final the following year losing to local rivals Bath by a single point. The club marked it's centenary in 1988 with a match against the Barbarians and defeat in the cup final against Harlequins.

For the 2001-02 the club was renamed Bristol Shoguns due to a sponsorship deal with Mitsubishi Motors, and kept this name until 2005, a young team enjoyed a good season with culminated in an unfortunate defeat to Gloucester in the final of the Zurich Championship at Twickenham. The following season the club played it's first fixtures in the Heineken Cup starting with a win over Montferrand.

The 2003-04 saw Bristol win the Powergen Shield by defeating Waterloo 53-24 at another Twickenham showpiece. This victory was used as a springboard to win the National League Division One in 2004-05 and secure a return to the Zurich Premiership where it remained until relegation in 2009.