Outcider Festival to return to Somerset this summer

The renowned Outcider Festival will be back at Fernhill Farm from Friday 31 July - Sunday 2 August 2020.

Returning for its 7th consecutive year, Outcider is a much-loved alternative music and cider festival. A celebration of stellar live acts and the very best varieties of cider, the weekend-long event takes place in the idyllic surroundings of a working farm in Compton Martin, just outside of Bristol. 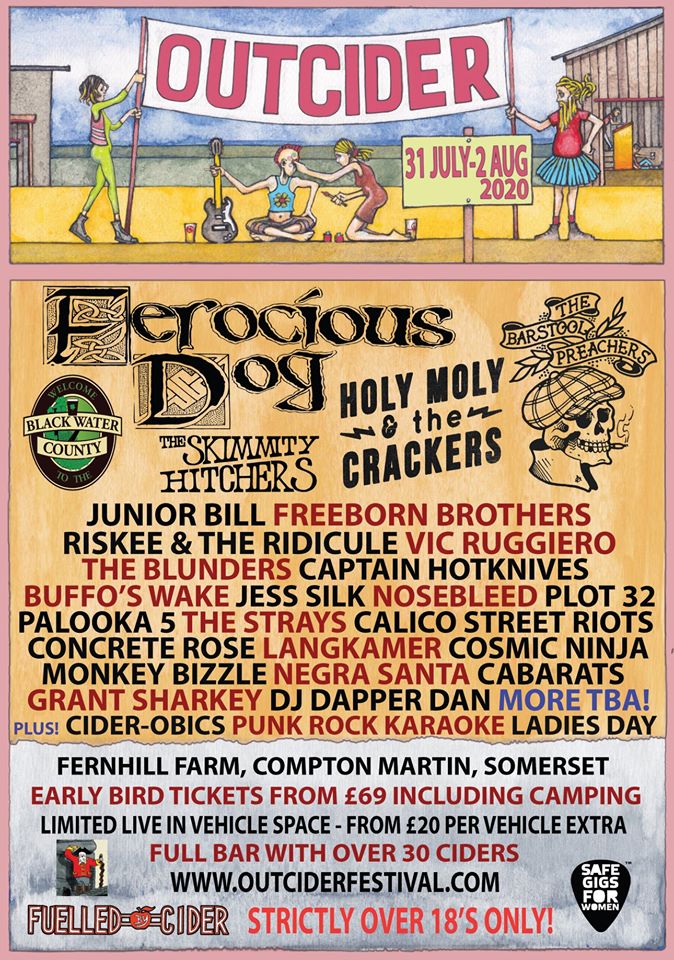 Organised by Fuelled By Cider, Outcider 2020 boasts an eclectic lineup of nationally-acclaimed acts, emerging artists and local talent. The 500-cap festival has earned a loyal following over the years, with previous editions selling out well in advance of the event itself.

This year's musical lineup sees folk-punk heavyweights Ferocious Dog headline off the back of a well-received UK tour. They'll be joined by a host of other big names, including Holy Moly and The Crackers, The Bar Stool Preachers, Black Water Country, Vic Ruggerio of The Slackers and Freeborn Brothers, with none other than Skimmity Hitchers confirmed to bring proceedings to a close on Sunday night.

Other unmissable attractions at Outcider 2020 include the always-raucous Ciderobics, punk-rock karaoke, outdoor skittles and Ladies Day, with a big emphasis on fun and community running throughout. 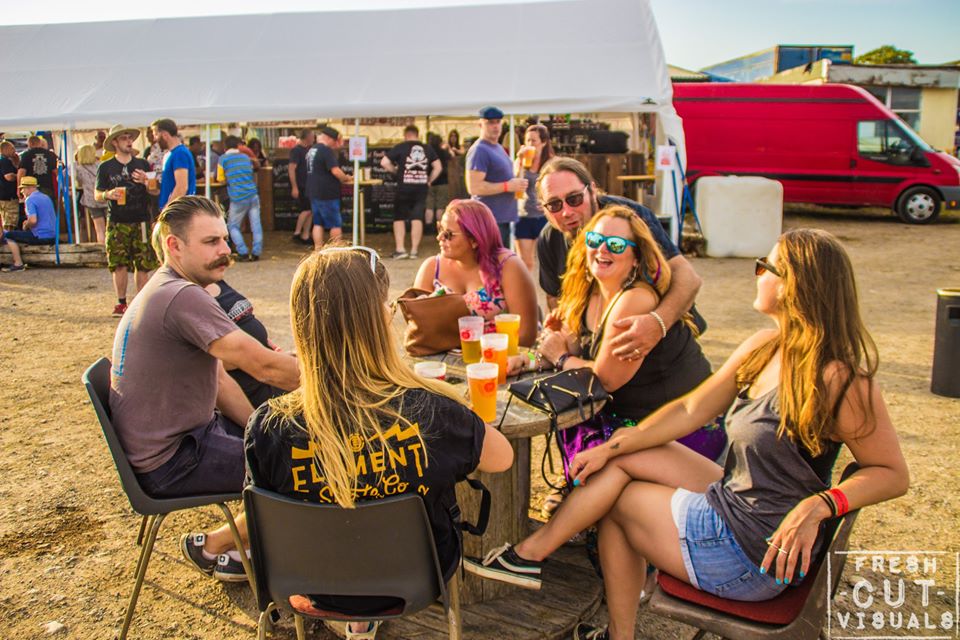 Speaking on the recent announcement of the 2020 lineup, Festival Organisers Kev Davis said "it's an absolute privilege to bring Outcider Festival back to Fernhill Farm for another year. We honestly don't think there's a friendlier and more fun small festival in the West Country, and we look forward to seeing faces old and new at the end of July.”

Alongside two live music stages, Outcider boasts a welcoming camp fire and a variety of locally-sourced food vendors. As you might expect, you'll find a wide range of Westcountry ciders on tap at bars across the festival site, which will also serve a range of ales, lager, wine and spirits.

Tickets for Outcider Festival 2020 from 31 July-2 August are on sale now and can be found here. For more information or to follow news and updates, head to the festival's official website or check out their Facebook page.